I have a friend, Joan, who is extremely talented at anything involving art. She can draw, she can paint, she can sculpt. She can even do nail art as I learned my junior year of high school when she painted my nails before a school dance.

For someone so talented, her art isn’t the basis of her career. Instead, she kicks ass in the marketing department for an international company. Her artwork captures a variety of styles— portrait, landscape, inanimate objects— and could be worthy of hanging in museums. She is happy with them simply hanging in the halls of her suburban home.

That’s the thing about Joan. She’s soft and simply understated, not knowing the impact her art can have. I’ve seen this when she will present a piece of work to friends. Her eyes seem puzzled when their jaw hits the floor, because to her, it was a simple labor of love, not of excruciating effort.

We met at the age of 15, and have remained very close friends since. We’ve traveled throughout the country together on various girls trips. We had an epic night out on one particular weekend when we happened to both be single at the same time. And we share an understanding and appreciation for the afterlife.

Joan and I spent the day at my family’s pool a few summers ago. Completely relaxed and basking in the sun’s rays, we lay on rafts talking about life. She began to talk about her grandparents and how she would never forget the thick texture of the snow on the day of her grandmother’s memorial service. It was especially meaningful because she had connections with white, fluffy things in her grandfather’s passing, so to experience this blanket of fluffy snow made her feel like they were together.

“Every now and then I see the white fluff from a dandelion float by, and I feel like it’s a message from them,” she said.

At that VERY moment, a cluster of the fluffy bristles from a dandelion seed floated directly in between our faces. We both screamed and almost fell off our rafts. It’s a memory neither of us will ever forget and one that we reference often.

Our friendship held strong through the death of my father. Joan and her parents came to the funeral and showered me in hugs and well wishes. It was one of the many moments that I thought to myself “Wow, so nice of her parents to come, too. Oh right…everyone’s parents and kids and brothers and neighbors are here.” It was a testament to how loving the people in my life were, but also to how shocking and sad of a loss this was. It felt like thousands of people came out to show their support.

In the weeks after my dad’s funeral (which is STILL weird to write or say out loud), Joan and I met up for lunch. I remember feeling unusually at peace that day. The sun was shining brighter than it had been forecasted to, and I could actually taste our delicious brunch of avocado toast and mimosas.

Joan asked me to come to her car before we parted ways. There, she gifted me with a work of her art. It was by far the most basic, but the most beautiful piece of her art I had ever seen. A simple marker drawing of me and my father with light gray shading in what looked to be water color.

“I know Gary D loved his Kettle One vodka, but that didn’t make for a good color, so I used his other favorite, red wine, instead.” 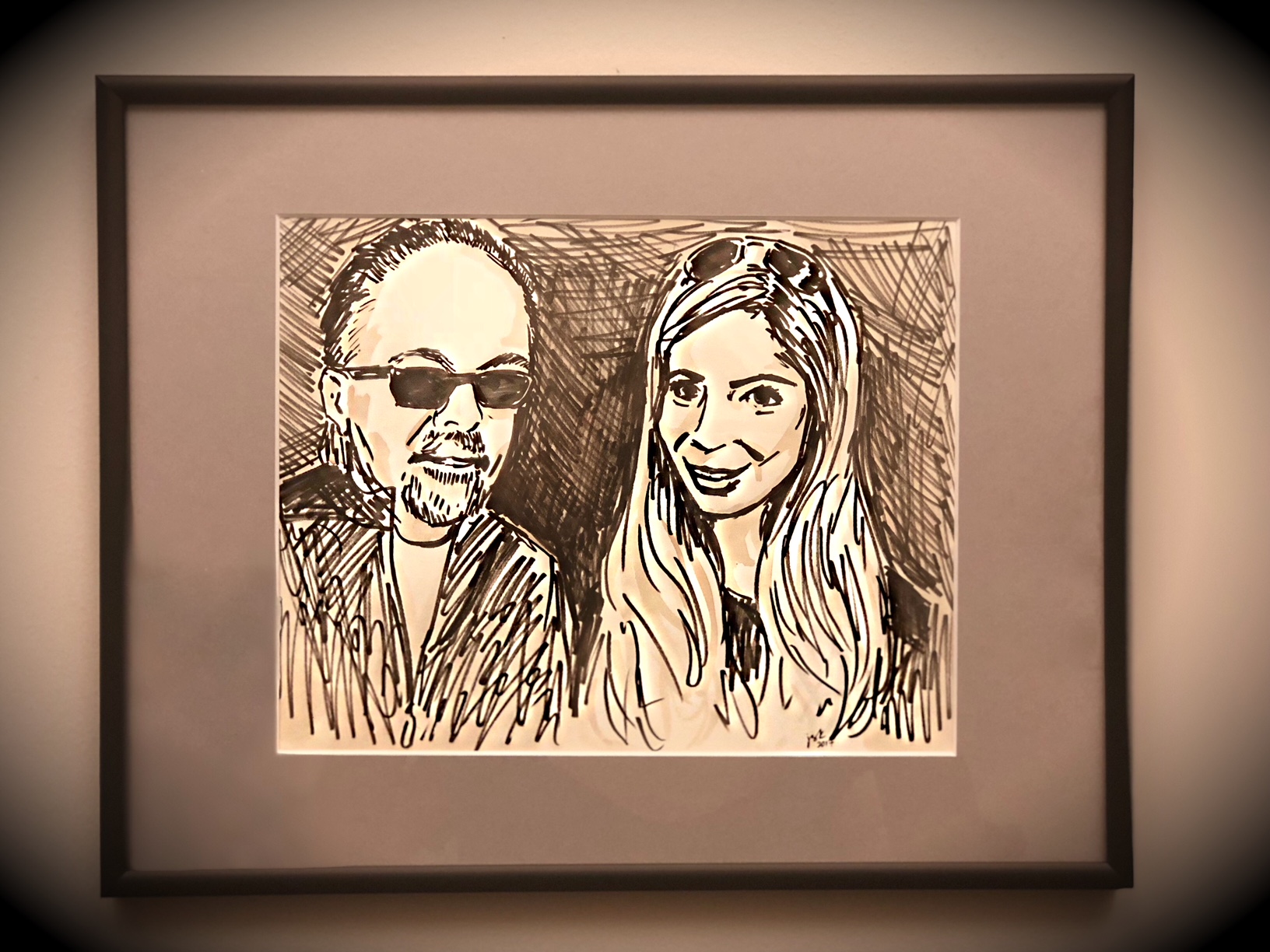 Like so many of the others before, my jaw hit the floor. I couldn’t believe how much time this must’ve taken her, how much thought went into the meaningful execution, and how much love to have wanted to do something like this for me. A few weeks after that lunch with Joan, I hit a breaking point and needed to see a spiritual medium to try to connect with my dad (WAY more on this at another time). One of the first things she said to me was, “Who’s Jo-anne?” I said I didn’t know. She began to write it down on paper. J-O-A-N-N. “This is what your dad is showing me, Jo-anne.” “JOAN!” I yelled. “Oh okay, that makes sense. Did she give you something recently? Your dad says he was there with her when she did it. He had a nice time drinking red wine and sat with her.” As you can imagineeeeee, the tears poured down my face. I called Joan immediately the next morning and told her about the interaction and she, too, began to cry. She shared with me that she sat down to draw out the picture that day and was having a hard time getting it to look the way she wanted it to. She became frustrated, took a break, and later opened a bottle of wine and came back to it. This time, the strokes came flowing out of her with ease

Hearing what the spiritual medium had to say made all of it come together for her. She had no doubt that Gary D was there with her that day and helped her complete the drawing. We cried together and exchanged “I love yous.” I’ve since hung the framed picture up on a wall in my office. It is a focal point for many colleagues when they walk in giving me the chance to talk about my dad at random times. I often look at it and feel closer to him knowing he had a part in its design, and feel thankful to have the amazing friends, like Joan, that I do. 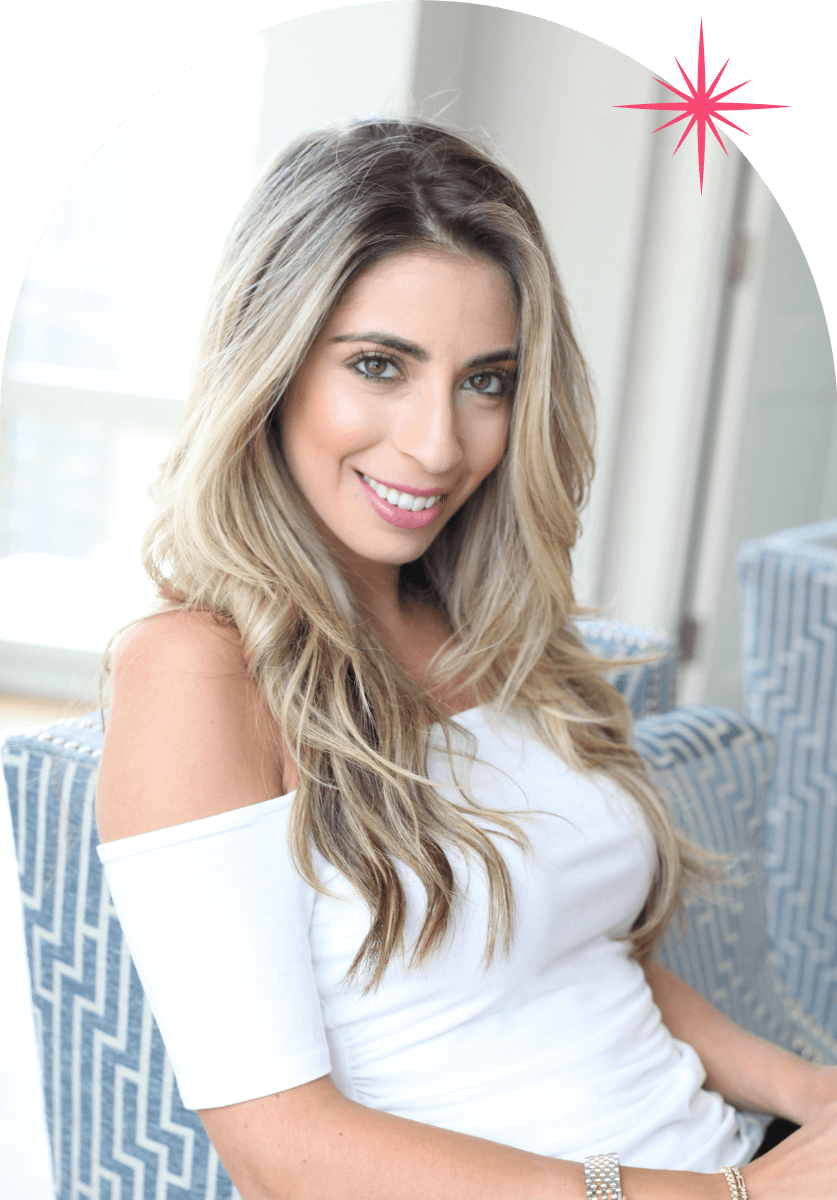 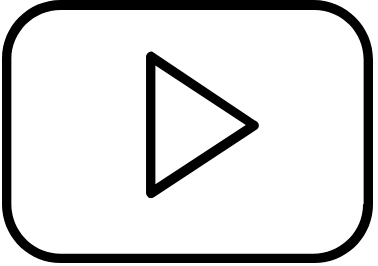 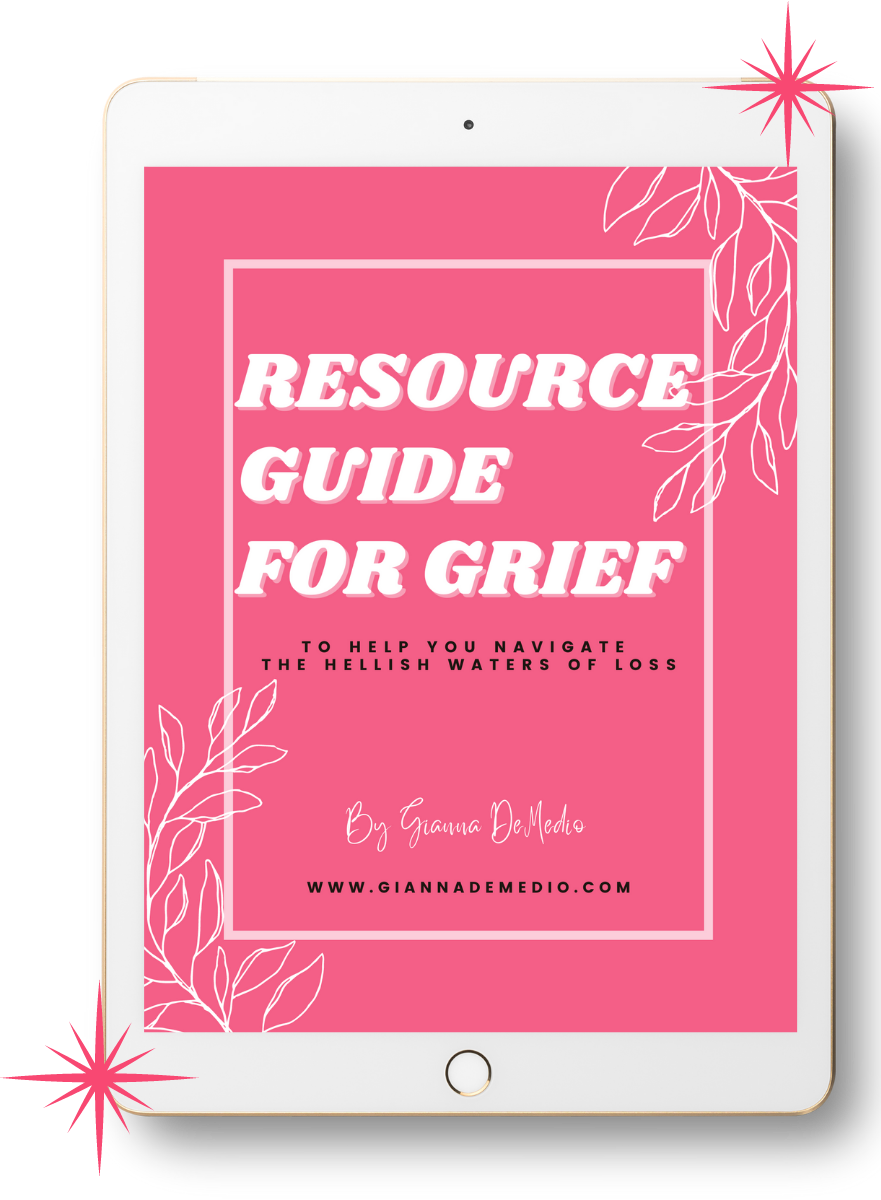 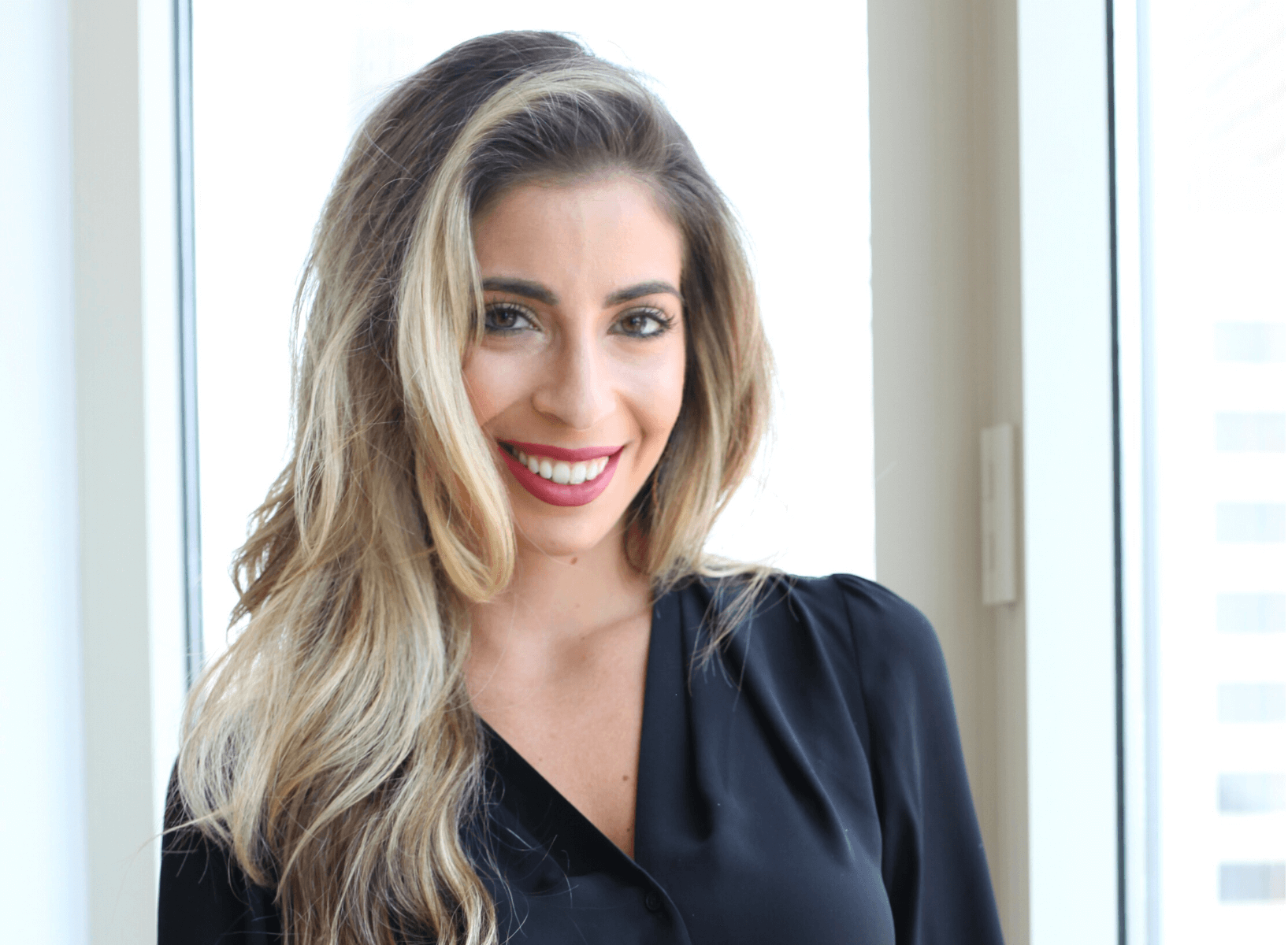 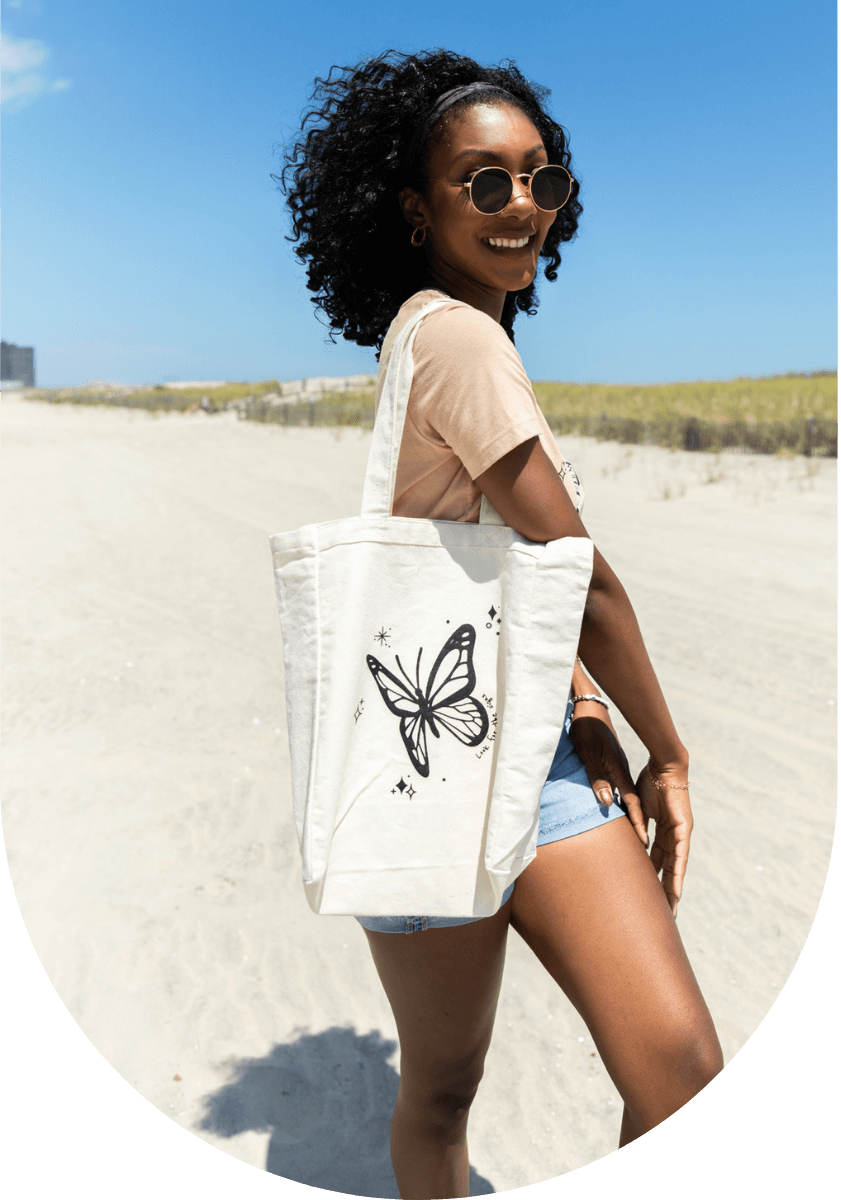 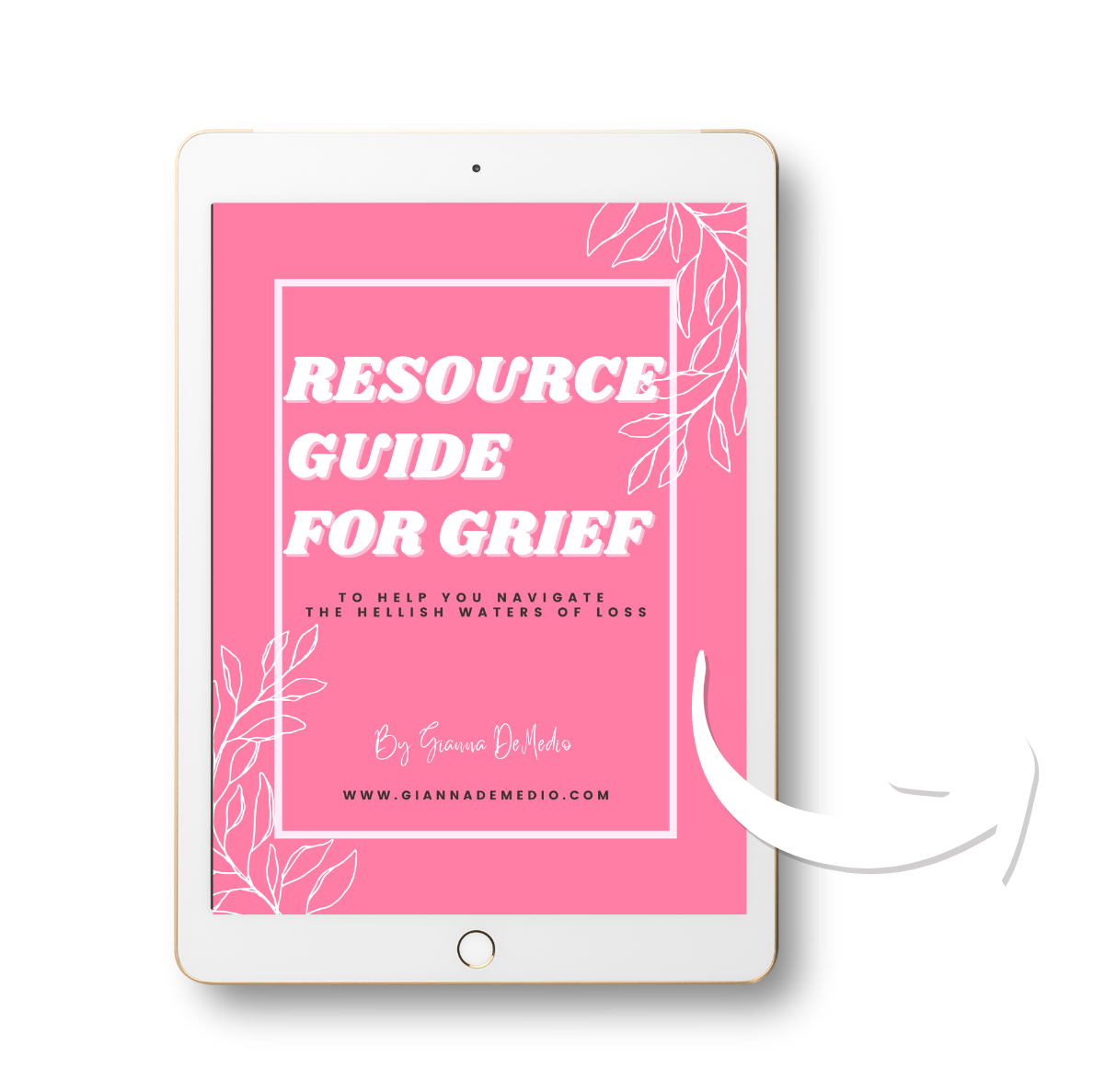